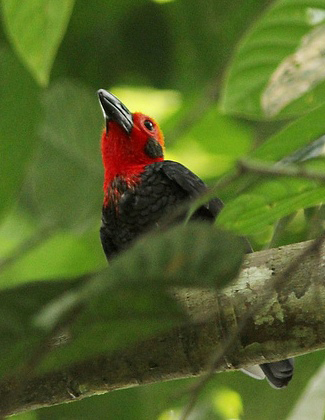 The unique endemic Bornean Bristlehead at Sepilok by David Beadle. 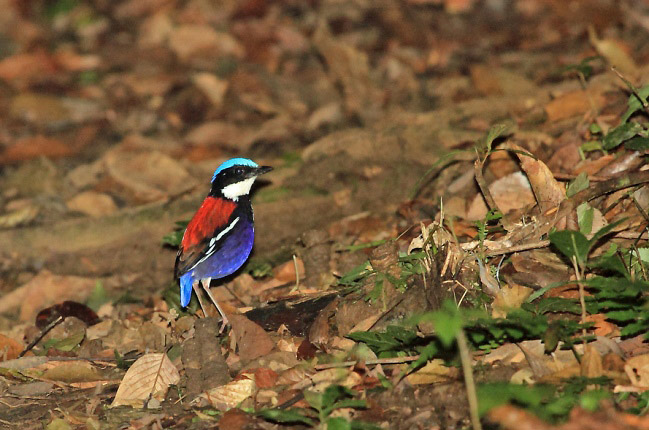 The proverbial 'jewel in the rainforest', the Blue-headed Pitta, captured here by Nigel Voaden, is one of Danum Valley's specialities.

Best Birds and other wildlife in Sabah, Borneo

(Black-browed (Wren-) Babbler, known only from a single specimen presumably collected between 1843 and 1848, was rediscovered in October 2020 in Kalimantan, southeast Borneo)

Also a chance of Lesser Adjutant and Ruddy Kingfisher.

Invertebrates
Many amazing insects including Lantern Bugs, Rhinoceros Beetles, moths such as Atlas and birdwing butterflies including Rajah Brooke's.

Plants
An extraordinary flora which includes hundreds of orchids, several pitcher plants and Rafflesia arnoldii, the largest flowering plant in the world.

Other Natural Wonders of Sabah, Borneo

Mount Kinabalu The highest mountain between the Himalayas and New Guinea, rising to 4095 m (13,435 ft), which can be climbed without the aid of mountaineering equipment.

Best Sites for Birds and other wildlife in Sabah, Borneo 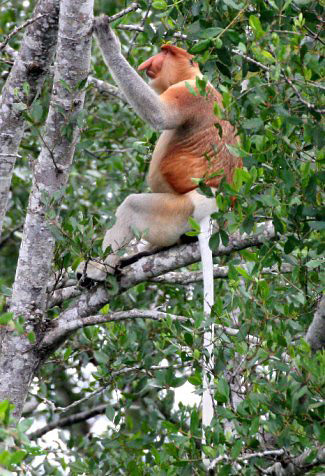 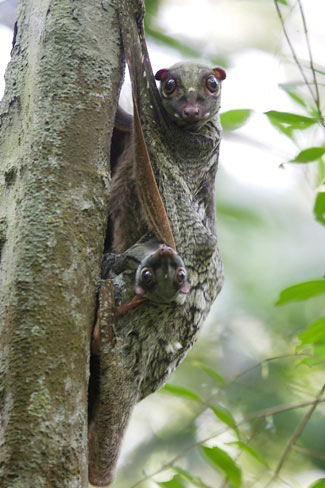 Colugo or Sunda Flying Lemur by Simon Colenutt. Young Colugos spend the first six months or so of life clinging to the mother.

Best Times for Birds and other wildlife in Sabah, Borneo

Rain usually falls year round on the equator but April to October is usually drier than November to March in north Borneo and the driest period, especially late June to early August, is the best time to look for mammals and particularly birds, with August usually being the best time to see turtles nesting. The best scuba-diving and snorkeling conditions are also usually during the dry season.

A Field Guide to the Birds of Borneo by S Myers. Helm, 2016 (Second Edition).

Phillipps' Field Guide to the Birds of Borneo by Q and K Phillipps. PUP, 2014 (Third Edition).

The Birds of Borneo by B Smythies. Sabah and Malayan Nature Societies, 1981 (Third Edition).

Phillipps' Field Guide to the Mammals of Borneo by Q and K Phillipps. John Beaufoy, 2016.

A Field Guide to the Mammals of Borneo by J Payne and C M Francis. Sabah Society, 2007 (Revised Edition).

Accommodation for birders in Sabah, Borneo

Some Organized Tours for birds and other wildlife to Sabah, Borneo

Tour companies who run organized tours or can arrange custom tours to Borneo include the following.