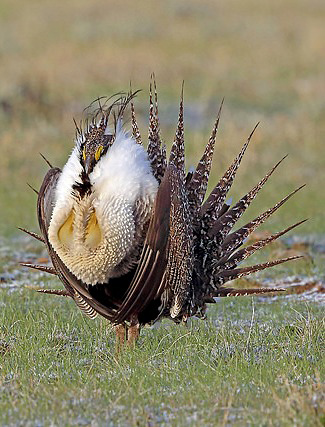 Best Birds and other wildlife in Colorado

Best Sites for Birds and other wildlife in Colorado

Best Times for Birds and other wildlife in Colorado

April is the peak month for lekking grouse. Snow still falls, sometimes heavily, during the first half of April, which can make travelling tricky, and it is usually very cold during early-morning lek-viewing times. April is normally too early for most summer visitors including hummingbirds, kingbirds, flycatchers, warblers, orioles and Lark Bunting.

The Grouse of the World by P Johnsgard. University of Nebraska Press, 1984.

Accommodation for birders in Colorado

Some Organized Tours for birds and other wildlife to Colorado

Tour companies who are running organized tours to Colorado in the next couple of years include the following. Many of these also offer custom tours.