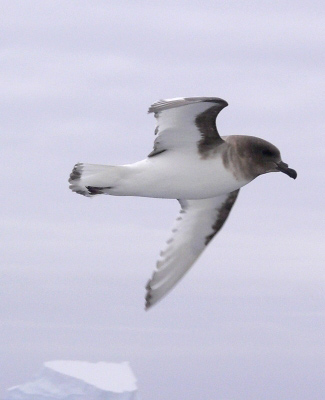 Other spectacular birds on Emperor Penguin Trips may include the rare Antarctic Petrel, by Paul Macklam.

Best Birds and other wildlife on the Emperor Penguins Tour

Other Natural Wonders of Antarctica

Antarctica Virtually the whole of the Antarctic continent is covered with ice, on average 3000 m (9800 ft) deep in the east, and much of the coastline is fringed with ice shelves about 200 m (650 ft) thick, pack ice and icebergs of every imaginable size and shape, so it is, more or less, completely picturesque.


A typical itinerary in the Weddell Sea could be as follows. The final itinerary will be determined by the Expedition Leader on board.

The best time, indeed the only time, to visit is mid-November to mid-December, during the Antarctic spring.

Some Organized Tours for Emperor Penguins

Many tour companies, some of which are listed below, can organize cruises for Emperor Penguins which are run by Oceanwide Expeditions.