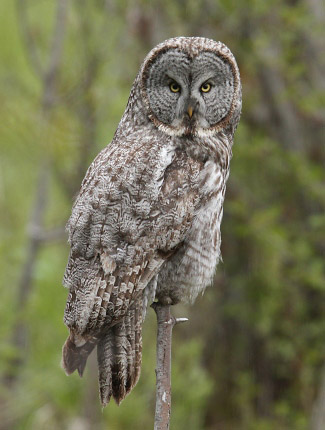 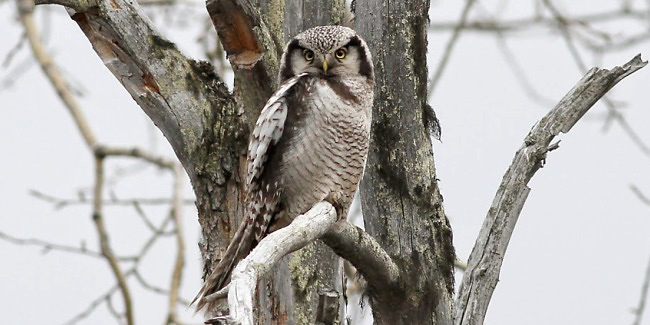 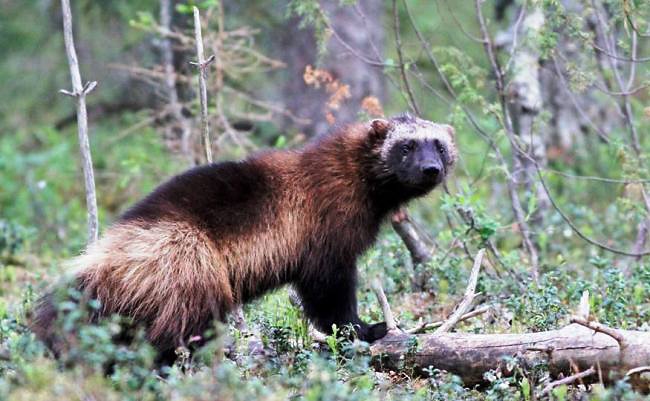 Hawk Owl and Wolverine, both in Finland, by Chris Townend.

Best Birds and other wildlife in Finland and Arctic Norway 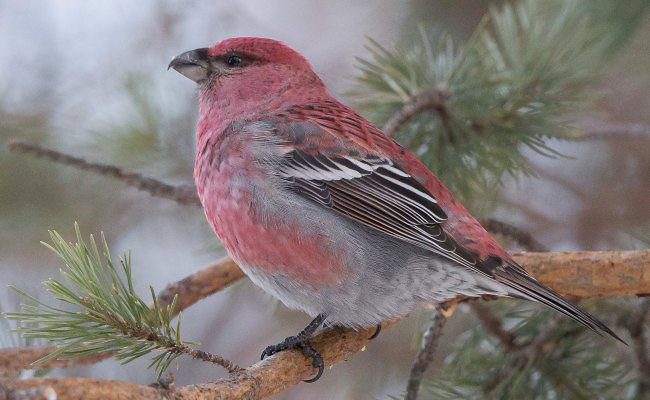 Bears usually emerge from hibernation from mid-April onwards and those that visit the feeding stations where the hides are may head there first, for an easy meal, since they are hungry! Numbers then build up to early June when there is usually a fall in numbers during the rutting season when eating is not a priority. The bears return in July, usually until mid-August, and peak numbers usually visit the feeding stations around mid-July. By late July it can become too dark in the middle of the night to see and photograph the bears, although they may be around for several hours before the middle of the night. June-July is the peak time to see Wolves and Wolverine (especially late June to mid-July).

Fortunately the best time for bears in spring coincides with a good time to look for most owls which are easiest to locate in March-April when they are calling and easiest to see, with the help of the local guides who have located their nests during the early spring, in May-June (Beware! Some owls are very aggressive in defense of occupied nests, notably Ural). However, the first half of June, when bears become more elusive, is the best time to look for the widest range of birds, since some summer visitors don't usually arrive until early in the month. Early June is also before the main mosquito season which usually lasts from mid-June to early August, with peak numbers from late June to mid-July.

During the northern winter there may be as many as 15,000 Steller’s Eiders and 5000 King Eiders around Varanger in Arctic Norway with some usually remaining into spring, but only a few, mainly Steller’s, remain until June. White-billed Diver is also mainly a winter visitor to the Varanger area although a few usually remain through the spring and summer.

Birding and Wildlife Trip Reports for Finland and Arctic Norway


Local bird and wildlife guides in Finland and Arctic Norway

Accommodation for birders in Finland and Arctic Norway

Tour companies who run organized tours to Finland and Arctic Norway include the following. Many of these also offer custom tours.