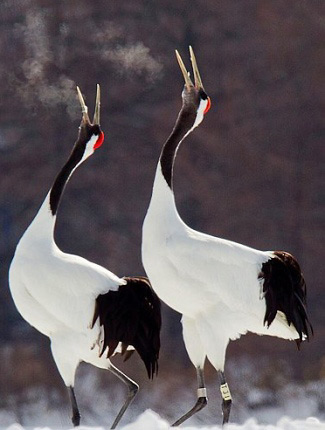 A beautiful image of 'dancing' Red-crowned Cranes in the cold Hokkaido winter by Francesco Veronesi. 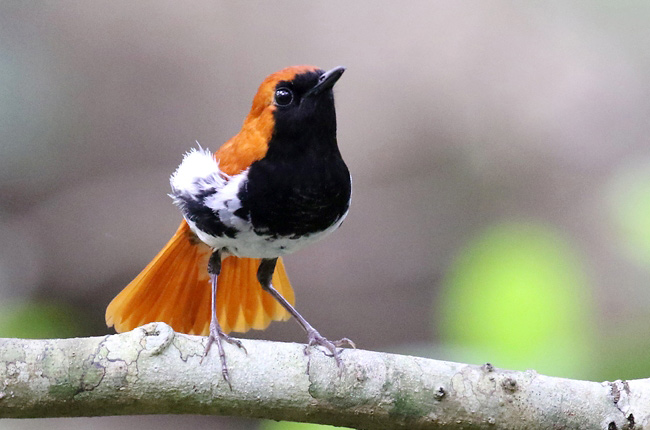 Ryukyu Robin on the island of Amami by Paul Noakes.

Best Birds and other wildlife in Japan

Japan and Russia 4 Long-billed Murrelet, Spectacled Guillemot, Japanese Accentor (only on the southern Kuril Islands and the south end of Sakhalin Island) and Grey Bunting.

Japan, Taiwan and Philippines 3 Black-chinned Fruit-dove, Ryukyu Scops-owl (Nansei-Shoto Archipelago, Lanyu Island off southeast Taiwan, and the Batanes and Babuyan Islands off northern Luzon, Philippines) and Ijima’s Leaf-warbler (Izu and Tokara Islands, Japan, in summer, migrating south via Taiwan to the Philippines during the winter when rarely seen).

Other Natural Wonders of Japan

Best Sites for Birds and other wildlife in Japan 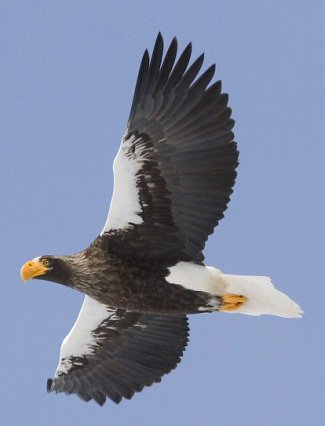 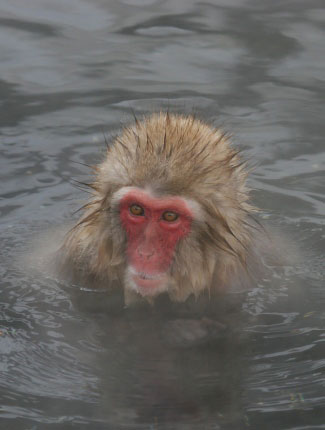 Best Times for Birds and other wildlife in Japan

To see Snow Monkeys and Red-crowned Cranes in snow, as well as hundreds of eagles and thousands of other cranes, it is necessary to visit Japan in the middle of the northern winter when the average temperature is 0°C. The very best time to go is the second half of February when the cranes are courting and the eagle numbers usually begin to peak. The best time to look for birds which are present during the northern summer only is the second half of May to early June. The wet season usually starts then, moving north to reach Honshu by July.

Many trip reports, some for Japan, are posted on the websites listed here. On some of these websites some reports are independent and some are posted by tour companies who organize tours to Japan. These tour companies and others also post their own reports on their websites, which are listed under 'Some Organized Tours to Japan' below.

Accommodation for birders in Japan

Some Organized Tours for birds and other wildlife to Japan

Tour companies who run organized tours or can arrange custom tours to Japan include the following.