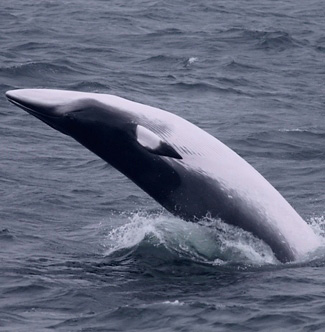 A rare photograph of a Minke Whale breaching, taken by Ian Davies on the Stellwagen Bank, Massachusetts.


Best Birds and other wildlife in Massachusetts

Best Sites for Birds and whales in Massachusetts

Best Times for Birds and whales in Massachusetts

Whales are usually present from April to October with peak numbers in August, which is also a good time for shorebirds, especially the end of the month which is also the best time for White-faced Storm-petrel.

Accommodation for birders and whale watchers in Massachusetts

Some Organized Tours for birds and whale watching to Massachusetts

Tour companies who are running organized tours to Massachusetts in the next couple of years include the following. Many of these also offer custom tours.