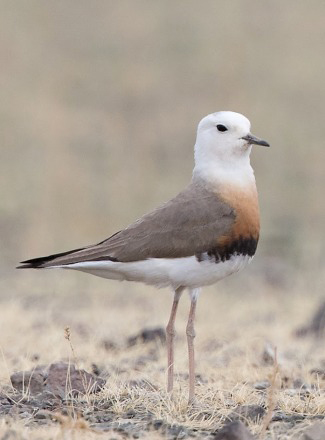 A striking male Oriental Plover in the Gobi Desert near Dalanzadgad by Simon Colenutt. 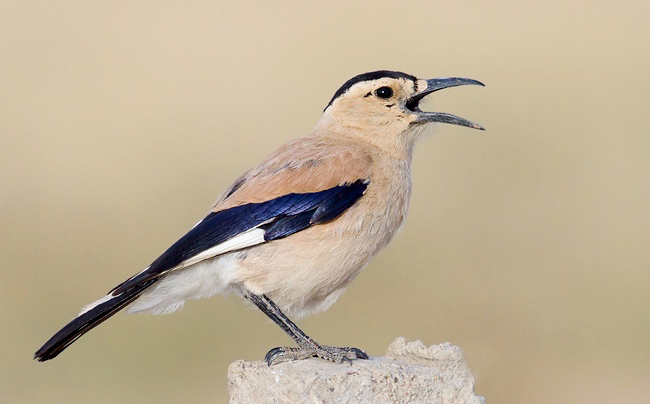 A terrific image of a Henderson's or Mongolian Ground-jay by Dubi Shapiro.

Best Birds and other wildlife in Mongolia

Birds
The lists below are for the northern spring. 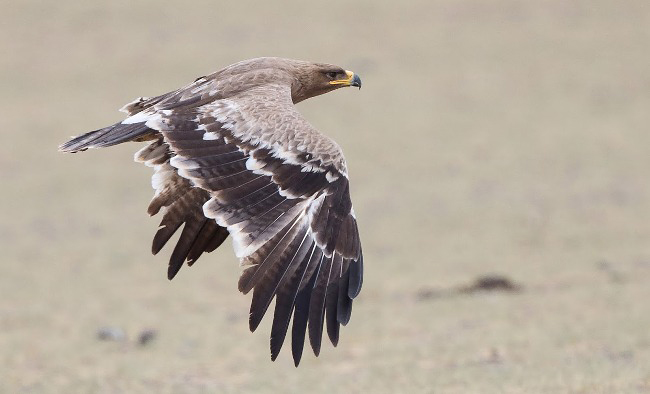 A great image of a Steppe Eagle in the Gobi near Dalanzadgad by Simon Colenutt.

Other Natural Wonders in Mongolia

Altai Mountains
‘Altai’ means gold in Kazak and Mongolian languages and there’s plenty of it in these scenic mountains which rise to 4506 m (14,784 ft) at Gora Belukha on the border between Kazakhstan and Russia.

Singing Sands (Khongoryn Els)
So called because of the noise made by the unusual round and smooth grains of sand as they are blown across the surface of these dunes in the southern Gobi Desert. Some of the largest sand dunes in the world are also present here in Gobi Gurvan Saikhan National Park.

‘Flaming Cliffs’ (of Bayanzag)
The sandstone here in the southern Gobi seems to glow at dusk, although the site is arguably more famous for dinosaur fossils. Over 100 have been found here, including velociraptors, since Roy Chapman Andrews, an American palaeontologist, discovered the first fossilized dinosaur eggs in 1923.

Best Sites for Birds and other wildlife in Mongolia

Best Times for Birds and other wildlife in Mongolia

Late May-early June is the peak time to visit Mongolia, when most of the bird summer visitors have arrived and many passage migrants are moving through although this is usually too late to see Black-billed Capercaillies in full display. The Gobi is a dry desert not a hot one – be prepared for cold temperatures, especially at night, and snow even in June.

Birds of Mongolia by S Gombobaatar and C Leahy. Helm, 2019.

A Field Guide to the Birds of Mongolia by D Ganbold and C Smith. John Beaufoy Publishing Ltd, 2019.

Accommodation for birders in Mongolia

Some Organized Tours for birds and other wildlife to Mongolia

Tour companies who run organized tours to Mongolia include the following. Many of these also offer custom tours.