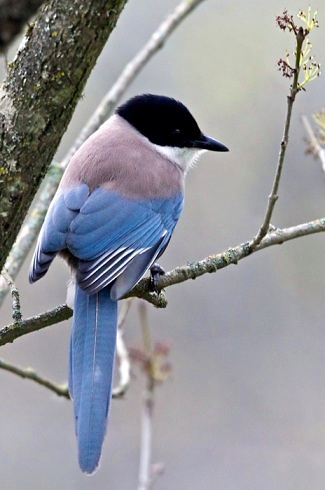 
Best Birds and other wildlife in Portugal

Invertebrates
A fine selection of butterflies including Spanish Festoon and Two-tailed Pasha.

Plants
The rich spring flora includes lots of lavenders, peonies and orchids, and many species present in the far southwest of the country, around Cape St. Vincent, are Lusitanian specialities; restricted to this corner of Portugal, and North Africa.

Best Sites for Birds and other wildlife in Portugal

Best Times for Birds and other wildlife in Portugal

The best time for spring flowers is late March when the best time for birding begins. Great and Little Bustards usually start displaying at this time, many spring passage migrant birds are moving through and even many summer visiting birds have arrived (a few, such as Roller, usually arrive later in the year). Spring/summer birding remains good until mid-May, arguably peaking in mid-April. The peak autumn migration period for birds is usually late September-early October.


Accommodation for birders in Portugal


Some Organized Tours for birds and other wildlife to Portugal

Tour companies who run organized tours to Portugal include the following. Many of these also offer custom tours.