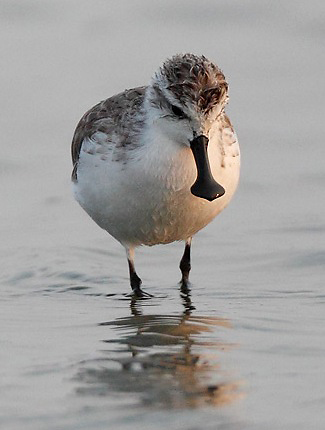 A superb image of a Spoon-billed Sandpiper taken by Michael McKee at Ban Pak Thale, Thailand. 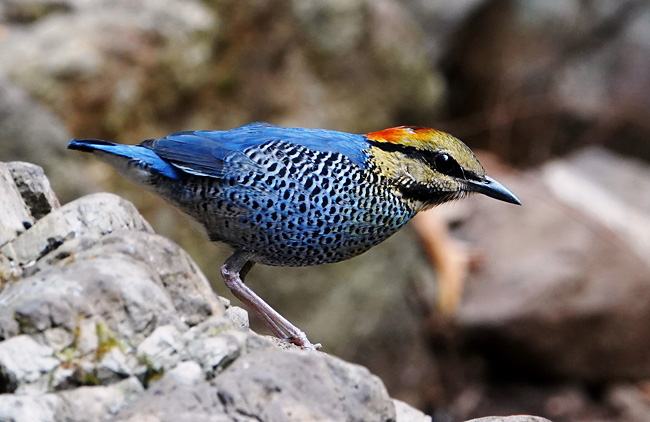 A Blue Pitta, from one of the hides at Kaeng Krachan NP, Thailand, by Mark Harper.

Best Birds and other wildlife in Southern Thailand

Birds
Most of the birds listed are usually present during the northern winter.

Invertebrates
A rich diversity of butterflies including Common and Golden Birdwings, swordtails and Paris Peacock.

Best Sites for Birds and other wildlife in Southern Thailand 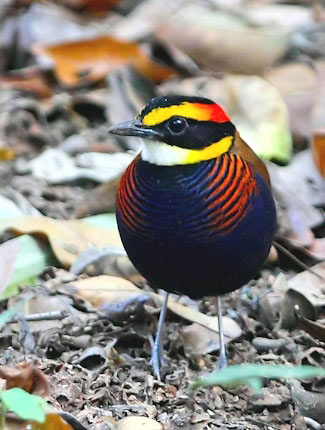 The superb Malay Banded Pitta, photographed at Khao Nor Chuchi by Roger Wyatt ('in the old days').

Best Times for Birds and other wildlife in Southern Thailand

December to February is usually the driest and coolest time of the year and the best time for birds which are winter visitors from northern Asia. During March to May some of these visitors are still present and some resident forest birds begin to call and sing at the start of their breeding seasons, including pittas and broadbills, but the majority of the resident forest birds, including many of the hardest to see, are at their most active during their breeding seasons which usually fall between June and August which is, unfortunately, during the rainy season.

Guide to the Birds of Thailand by B Lekagul, P Round et al. Saha Karn Bhaet Co Ltd, Thailand, 1991.

Accommodation for birders in Southern Thailand

Some Organized Tours for birds and other wildlife to Southern Thailand

Tour companies who are running organized tours to Southern Thailand in the next couple of years include the following. Many of these also offer custom tours.