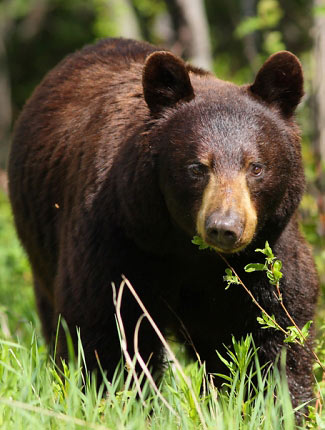 Best Birds and other wildlife in Alberta

Plants
Many colourful and spectacular plants including aquilegias, castillejas, tofieldias and orchids such as Calypso Orchid.

Other Natural Wonders of Alberta

Icefields Parkway
The road between Banff and Jasper, thought by some people to be the most scenic road route in the world.

Athabasca Glacier
This 6 km (4 miles) long glacier, an arm of the Columbia Icefields, is close to the Icefields Parkway.

Dinosaur Provincial Park
This park is one of the best places for dinosaurs in the world, and the striking ‘badlands’ landscape includes mudstone pinnacles capped with sandstone known as hoodoos.

Best Sites for Birds and other wildlife in Alberta

Best Times for Birds and other wildlife in Alberta

June. Mammals such as Mountain Goat usually venture down the mountains a little more at this time, in search of minerals, making them easier to see.

Accommodation for birders in Alberta

Some Organized Tours for birds and other wildlife to Alberta

Tour companies who are running organized tours to Alberta in the next couple of years include the following. Many of these also offer custom tours.