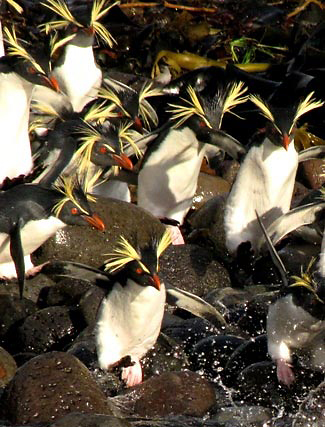 Best Birds and other wildlife on the Atlantic Odyssey

Birds
This list is for the Ushuaia-Ascension Island section. Most of the landbirds listed can be seen in Tierra del Fuego NP near Ushuaia in Southern Argentina where cruises usually start and finish. 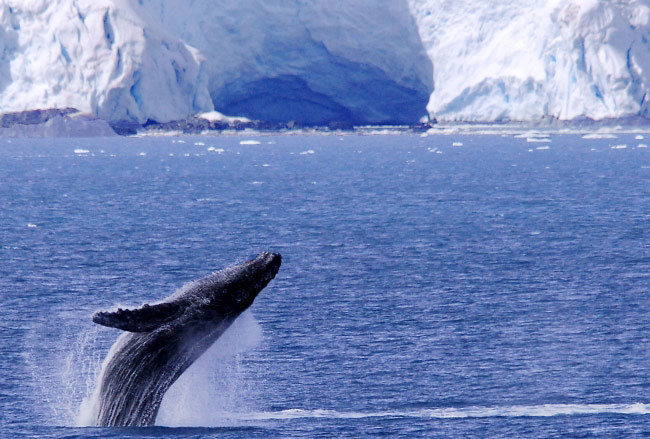 Reptiles
Green Turtles nest on Ascension Island and may be seen laying their eggs in the beaches on organized night visits.

Other Natural Wonders of the Atlantic Odyssey

Antarctica Virtually the whole of the Antarctic continent is covered with ice, on average 3000 m (9800 ft) deep in the east, and much of the coastline is fringed with ice shelves about 200 m (650 ft) thick, pack ice and icebergs of every imaginable size and shape, so it is, more or less, completely picturesque.

Southern Ocean The roughest ocean on Earth is a stirring sight in such conditions, a scene completed by the seabirds which make light of high seas and strong winds.

Best Sites for Birds and other wildlife on the Atlantic Odyssey 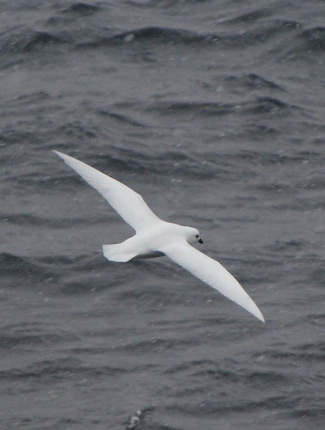 Snow Petrel by John Foster, a bird which graces the Southern Ocean around South Georgia and south to Antarctica. 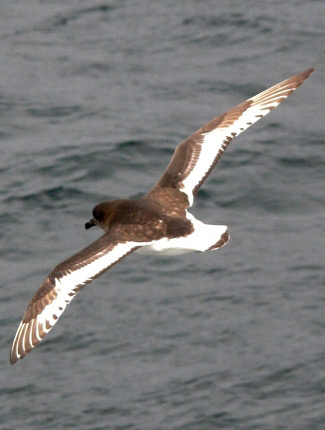 Antarctic Petrel in the Scotia Sea by Paul Macklam.

Best Times for Birds and other wildlife on the Atlantic Odyssey

This cruise usually runs from mid-March to mid-April but bird and animal activity on South Georgia is usually at a peak in October-November when bull elephant seals fight and there are new and weaned pups on the beaches.

Albatrosses, Petrels and Shearwaters of the World by D Onley and P Scofield. Helm, 2007.

Whales, Dolphins and Seals by H Shirihai and B Jarrett. Helm, 2006.

Birding and Wildlife Trip Reports for the Atlantic Odyssey


Specialist bird and wildlife guides for the Atlantic Odyssey

Ship-based Accommodation for the Atlantic Odyssey

Many tour companies, some of which are listed below, can organize Atlantic Odyssey Cruises, which are run by Oceanwide Expeditions.