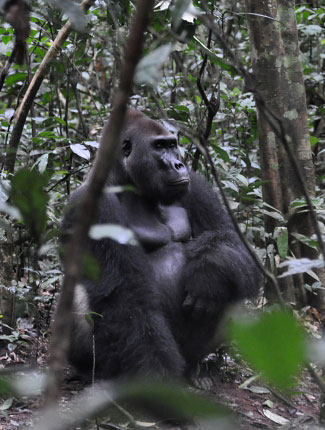 A wonderful portrait of a male 'Western Lowland' Gorilla at Mondika in the adjacent Republic of Congo by Sjef Ollers.


Best Birds and other wildlife in the Central African Republic

The best times to visit the Central African Republic are the first half of April and mid-August to mid-September.

Birding and Wildlife Trip Reports for the Central African Republic


Local bird and wildlife guides in the Central African Republic

Accommodation for birders in the Central African Republic

Tour companies who are running organized tours to the Central African Republic in the next couple of years include the following. Many of these also offer custom tours.