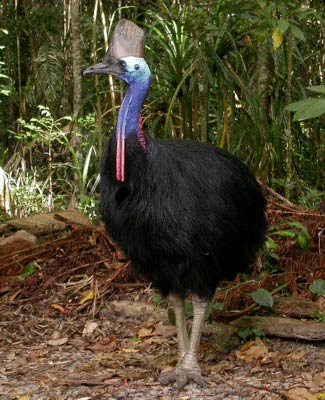 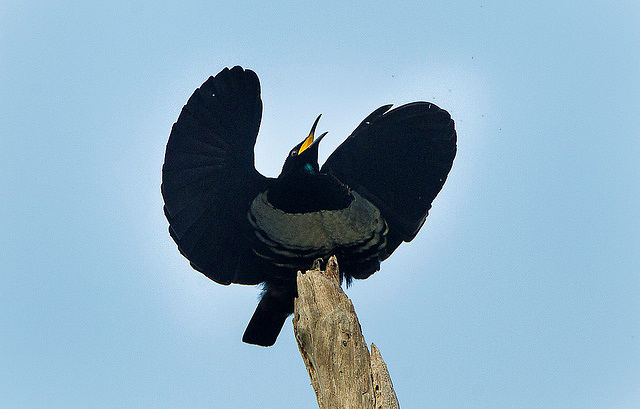 A great image of a displaying male Victoria's Riflebird at Lake Eacham by Francesco Veronesi.

Best Birds and other wildlife in Eastern Australia

Other Specialities
Sarus Crane and Eastern Shrike-tit. Also a chance of Red-necked Crake and Regent Honeyeater.

Other Natural Wonders of Eastern Australia

Great Barrier Reef The largest structure ever built by living things (stony corals) which is over 3000 km long and covers over 300,000 sq km. It is not actually a single reef, but consists of thousands of smaller reefs, built up over the course of about 18 million years.

Best Sites for Birds and other wildlife in Eastern Australia

Best Times for Birds and other wildlife in Eastern Australia

October-November, the start of the southern spring, is the best time to look for birds and mammals, when many resident birds are breeding and therefore at their most active, although this is not true for the two lyrebirds which are most likely to be heard singing and seen displaying in the southern autumn and winter. Migrant birds from the north, including Buff-breasted Paradise-kingfisher, also arrive in October-November which falls into the June-October period when the greatest variety of seabirds are present. Spring also overlaps with the August-December period which is the best time for scuba-diving and snorkeling on the Great Barrier Reef.

Accommodation for birders in Eastern Australia

Some Organized Tours for birds and other wildlife to Eastern Australia

Tour companies who run organized tours or can arrange custom tours to Eastern Australia include the following.