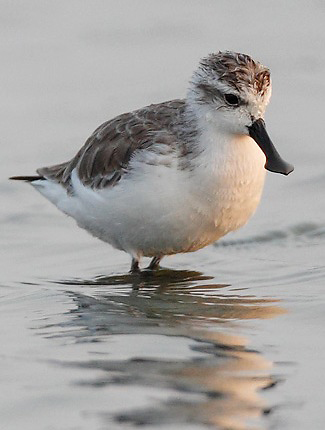 A superb image of the unique Spoon-billed Sandpiper taken by Michael McKee.

Best Birds and other wildlife in Hong Kong

Birds
The birds listed here are usually present during the northern spring.

Invertebrates
There are over 200 species of butterfly including Common and Golden Birdwings, and over 100 species of dragonfly.

Best Sites for Birds and other wildlife in Hong Kong 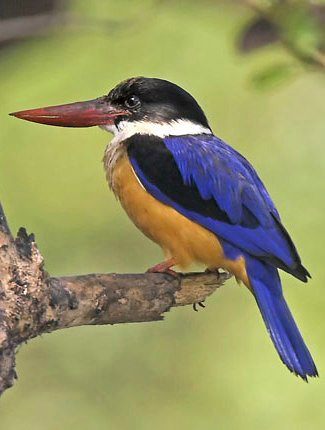 Black-capped Kingfisher by Tom Tams. Hong Kong has some other spectacular birds apart from shorebirds.

Best Times for Birds and other wildlife in Hong Kong

The peak time for shorebirds, including Spoon-billed Sandpiper, is April and the best views can usually be obtained during the periods of highest spring tides. Timing at Mai Po is crucial. Out on the mud flats shorebirds may be little more than distant specks at low tide but during the best spring high tides they can be incredibly close. The weather in April is usually warm, humid and showery with temperatures ranging between 20°C and 24°C.

Accommodation for birders in Hong Kong

Some Organized Tours for birds and other wildlife to Hong Kong

Tour companies who may arrange custom tours to Hong Kong include the following.