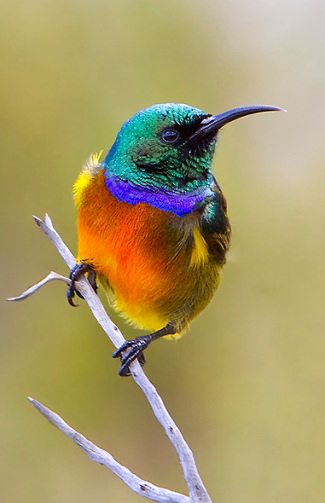 Best Birds and other wildlife in Western South Africa

Other specialities (including some of the 150 or so species endemic to Southern Africa)
Cape Vulture, Wattled Crane, Bokmakierie and Malachite Sunbird. Also a chance of Damara Tern (mostly Nov-Mar).

Plants
The Cape (South African) Floral Kingdom is one of six such kingdoms covering the whole world. The remaining five cover huge areas including whole continents whereas the Cape Floral Kingdom is relatively tiny. It still contains about 8700 plant species though and in parts of the Cape Region there are more plant species than in comparable areas of tropical forest. The most famous flora in the Cape Region is the Fynbos, the richest flora in the world, containing over 2600 species of flowering plant in just 500 sq km (200 sq miles). Also present in Western South Africa is the greatest diversity in the world of the succulent plant family Mesembryanthemaceae, of which there are over a thousand species, the greatest diversity in the world of succulent stone plants (Argyroderma), known locally as 'babies bottoms' (around Knersvlakte), and the highest diversity of bulb plants in the world (around Nieuwoudtville). The best time for wild flower displays is usually late August-early September, especially if the rains have been good.

Best Sites for Birds and other wildlife in Western South Africa 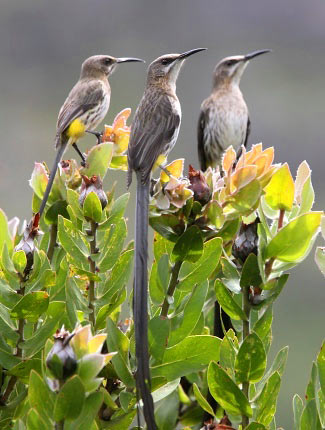 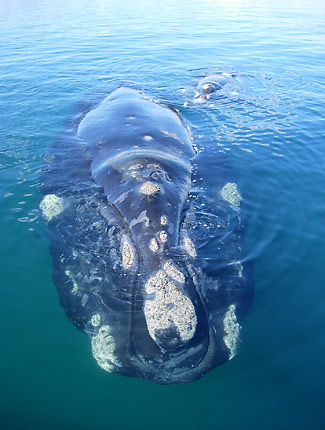 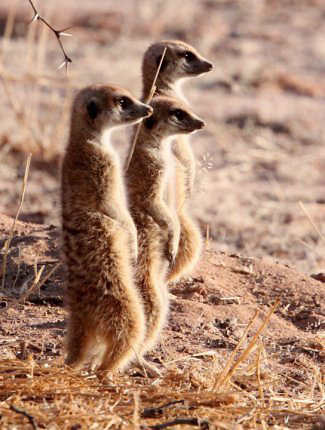 Meerkats on the lookout in Kgalagadi Transfrontier Park by Coke & Som Smith.

Best Times for Birds and other wildlife in Western Southern Africa

The wet season in the Cape Region usually lasts from April to August, the best time for Great White Shark (to October) and penguins which are usually at their colonies from February to October, with peak numbers from April to June. The rains normally arrive earlier farther north, as early as February in Kgalagadi for example. The southern spring usually begins in late August-early September, the best time to see the Fynbos and other flowers in full display. Most resident birds breed in spring and are therefore at their most active, usually until October at least, the best month for birding. Southern Right Whales are usually present from June into November.

Tour companies who run organized tours or can arrange custom tours to Western South Africa include the following.