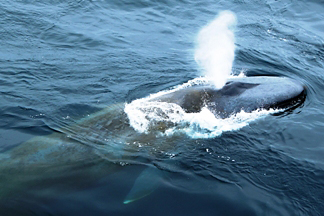 A superb close-up of a Blue Whale by Dave Barnes.

Best Birds and other wildlife in Baja California

Best Sites for Birds, whales and other wildlife in Baja California

Best Times for Birds, whales and other wildlife in Baja California

The best time to visit Baja is February to early April, with the greatest numbers of cetaceans usually present in late March-early April.

Whales, Dolphins and Seals: A Field Guide to the Marine Mammals of the World by H Shirihai. Helm, 2006.

Accommodation for birders and whale watchers in Baja California

Some Organized Tours for birds and whale watching to Baja California

Tour companies who run organized tours or can arrange custom tours to Baja California include the following.