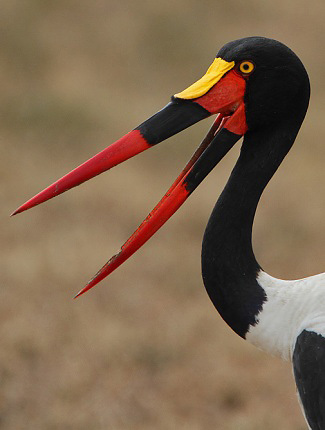 A fabulous Saddle-billed Stork photographed in the Masai Mara by Steve Garvie.

Best Birds and other wildlife in Kenya 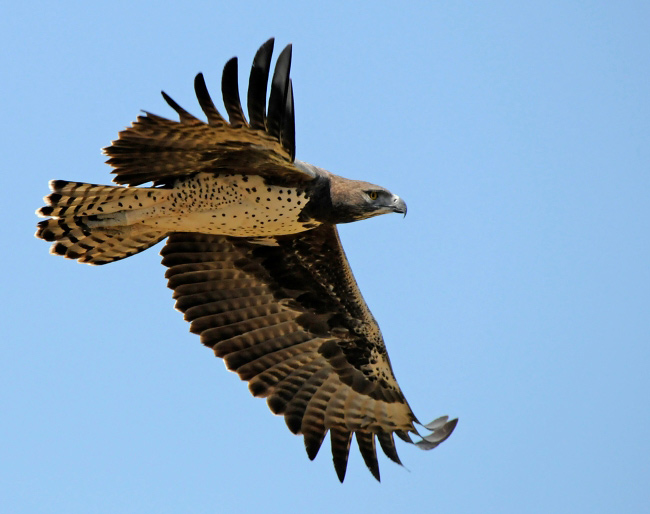 Martial Eagle, one of the numerous impressive raptors in Kenya, by Marie-France Grenouillet. 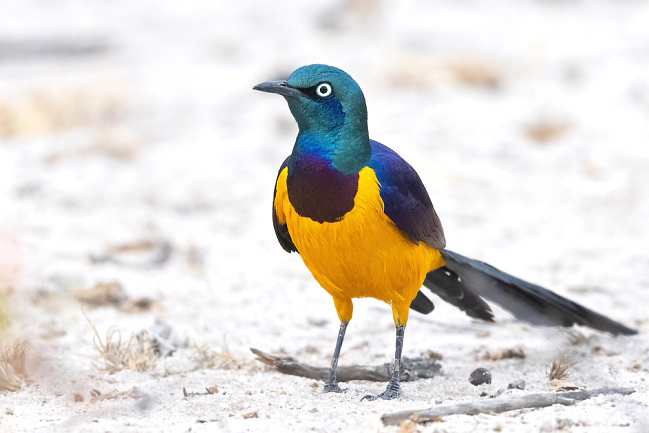 A stunning Golden-breasted Starling in Tanzania by Dubi Shapiro. 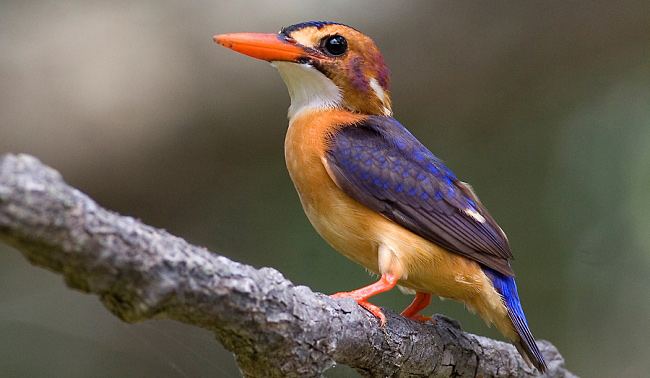 A stunning photograph of a stunning Pygmy Kingfsher by Martin Goodey.

Other Natural Wonders of Kenya

Kilimanjaro The 'mountain that glitters', the translation from Swahili to English, is the highest peak in Africa, rising imposingly over 4600 m (15,000 ft) from the surrounding plains to 5892 m (19,330 ft) above sea level. This huge inactive volcano covers an area of about 100 km (60 miles) by 65 km (40 miles) and dominates the landscape over a huge area. Massive, isolated and snow-capped it looks especially awesome from Amboseli NP in Kenya.

Best Sites for Birds and other wildlife in Kenya 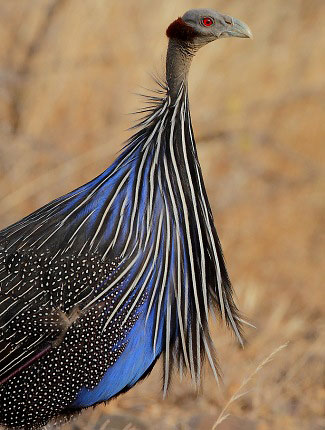 Best Times for Birds and other wildlife in Kenya

The best time to visit in search of mammals is from June to November. The Blue Wildebeest migration depends on the rains but the largest gathering of ungulates (hoofed mammals) in the world takes place in the Serengeti in Northern Tanzania during the wet season which usually lasts from November to May. There are usually one to two million large mammals, mostly wildebeest, in the southeast Serengeti by January and they stay until April, usually calving in February-March when they attract numerous predators. In May-June there is a general movement of animals northwest through the central Serengeti, a time when herds of wildebeest up to 40 km (25 miles) long have been seen from the air. They are heading west toward Lake Victoria and north to the Masai Mara, and about half a million wildebeest as well as numerous Burchell's Zebras and Thomson's Gazelles usually reach the Mara and Talek Rivers in June and July (though sometimes as late as August when they may move back and forth across the Mara several times). Then, at several places along these rivers, they may be seen struggling across, desperately trying to avoid the crocodiles. The wildebeest, zebras and gazelles which make it usually remain in the Mara until October-November when they begin their return to the Serengeti.

Birding is so good almost any time of the year is worth considering but the peak times are April and November. April is usually the start of the main wet season (which usually lasts until July), a time when many resident birds nest and are therefore at their most active and attractive, whereas November is usually the start of the short wet season (which usually lasts until December), a time when many other resident birds nest, many migrant species are present and flamingo numbers usually peak.

Many trip reports, some for Kenya, are posted on the websites listed here. On some of these websites some reports are independent and some are posted by tour companies who organize tours to Kenya. These tour companies and others also post their own reports on their websites, which are listed under 'Some Organized Tours to Kenya' below.

Accommodation for birders in Kenya

Some Organized Tours for birds and other wildlife to Kenya

Tour companies who run organized tours or can arrange custom tours to Kenya include the following.