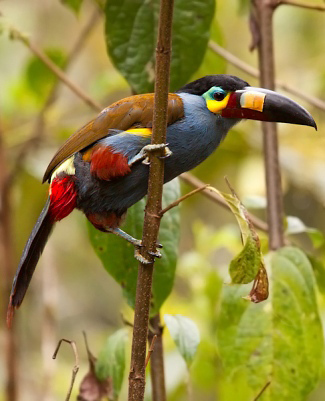 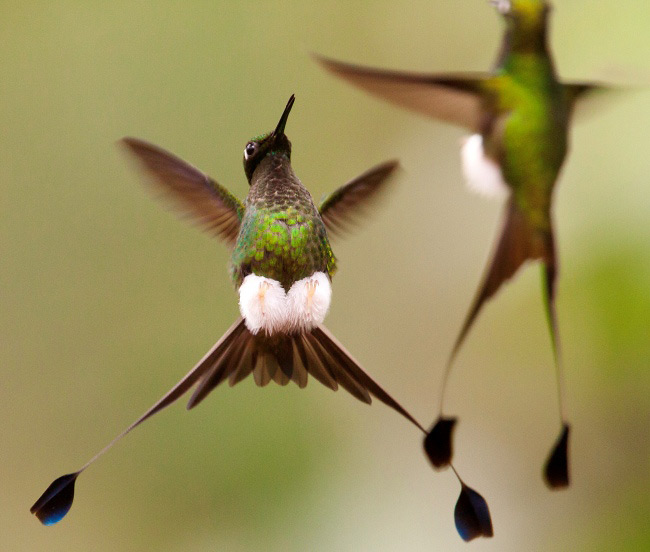 Best Birds and other wildlife in Northern Ecuador

Plants
One of the richest floras on Earth includes over 3700 species of orchid - the Andes of Ecuador support the highest diversity of orchids in the world. Also present in great diversity are arums, bromeliads, fuchsias and heliconias. Yasuni National Park in which the Napo Wildlife Center is situated has the highest documented tree diversity in the world.

Other Natural Wonders in Northern Ecuador

Cotopaxi
This almost perfectly symmetrical volcanic cone is the highest active volcano in the world. It is largely covered by permanent fields of ice and snow, and rises to 5897 m (19,348 ft), much higher than the neighbouring Andean peaks.

Best Sites for Birds and other wildlife in Northern Ecuador 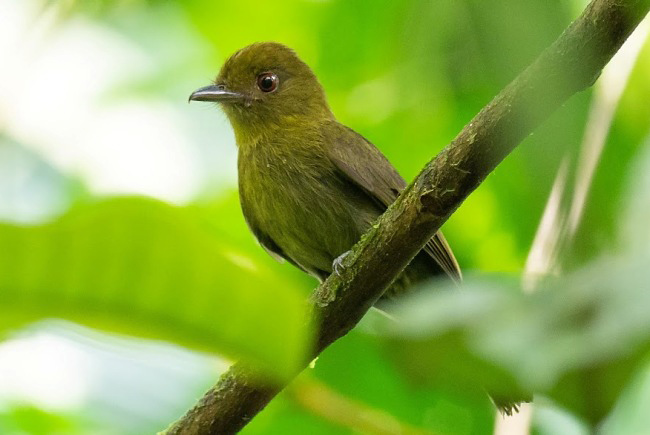 The unique Sapayoa, in a bird family of its own, at Playa de Oro, by Simon Colenutt. 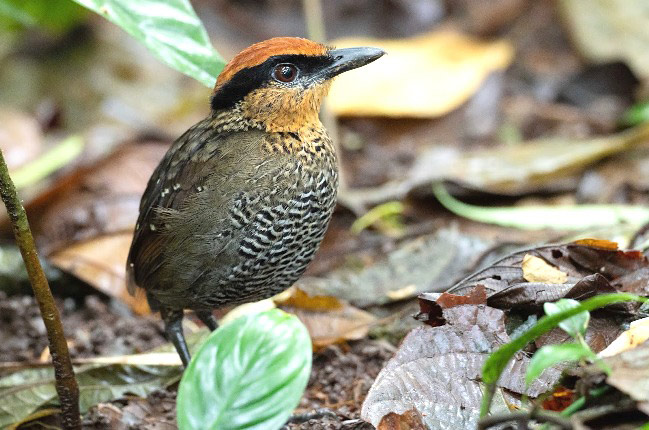 The rare Rufous-crowned Gnat/Antpitta/soma, currently considered by most taxonomists to be a member of the gnateater family not an antpitta, at Mashpi Shungo by Simon Colenutt. 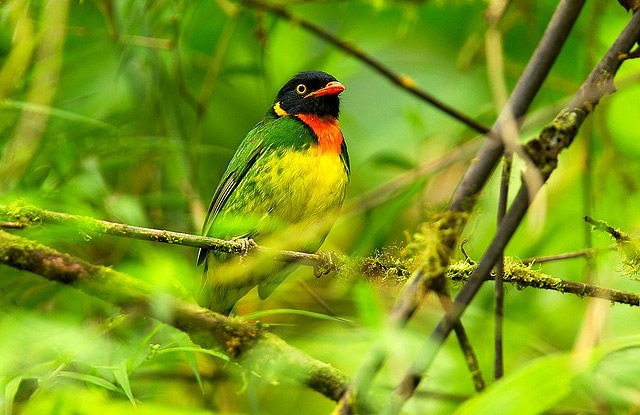 A male Orange-breasted Fruiteater at Mindo by Francesco Veronesi. 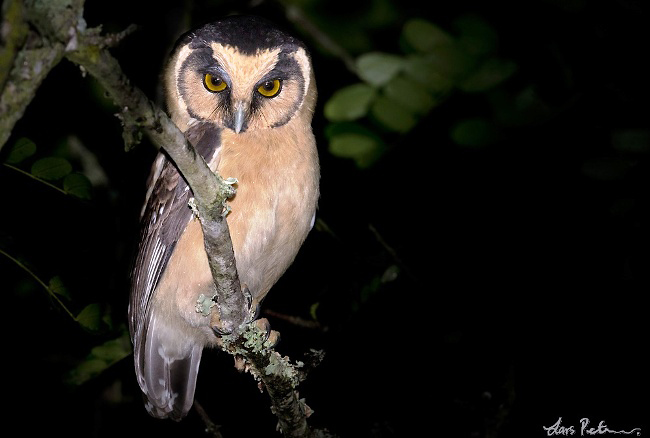 Once a mystery now possible to see, a rare image of a Buff-fronted Owl near Urcuqui by Lars Petersson, one of the four Aegolius owls in the world, the same genus as Boreal/Tengmalm's Owl. 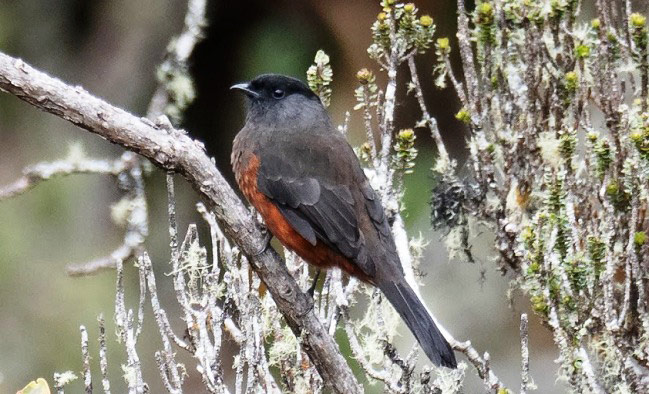 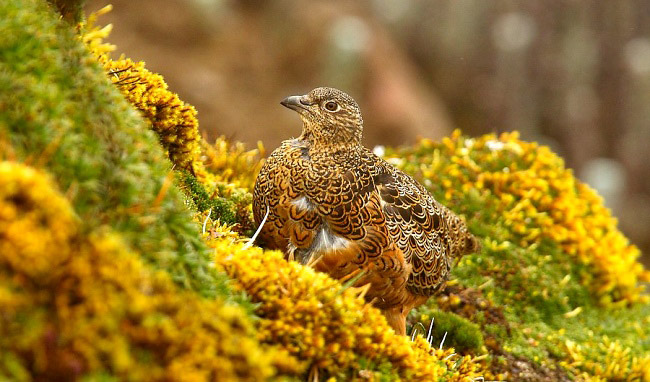 A Rufous-bellied Seedsnipe at Papallacta Pass by Francesco Veronesi.

Best Times for Birds and other wildlife in Northern Ecuador

Birds of the High Andes by J Fjeldsa and N Krabbe. Zoological Museum, University of Copenhagen and Apollo Books, 1990.

All Birds Ecuador by Sunbird Images (based on Birds of Northern South America (Helm, 2006), featuring 5000 illustrations and 3000 sound recordings for 1612 species). Available from iTunes store and Google Play.

Accommodation for birders in Northern Ecuador

Some Organized Tours for birds and other wildlife to Northern Ecuador

Tour companies who are running organized tours to Northern Ecuador in the next couple of years include the following. Many of these also offer custom tours.