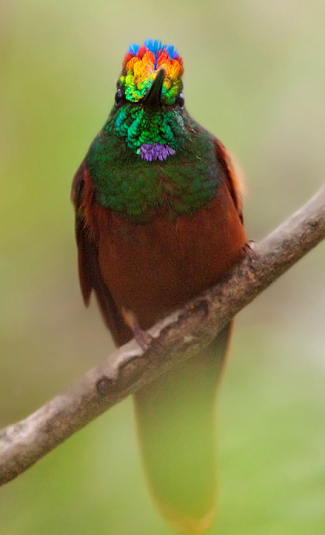 The amazing Rainbow Starfrontlet at the Utuana Reserve in Southern Ecuador by Dubi Shapiro. 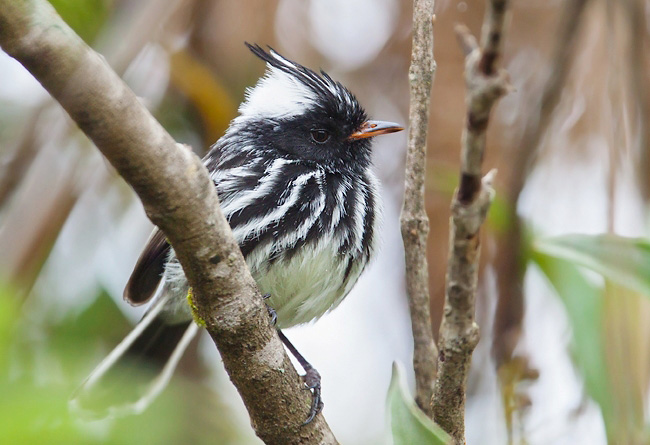 Best Birds and other wildlife in Southern Ecuador

Plants
One of the richest floras on Earth includes over 3700 species of orchid - the Andes of Ecuador support the highest diversity of orchids in the world. Also present in great diversity are arums, bromeliads, fuchsias and heliconias.

Best Sites for Birds and other wildlife in Southern Ecuador 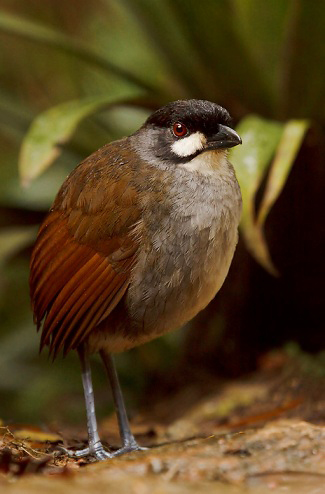 Jocotoco Antpitta in the Tapichalaca Reserve in Southern Ecuador by Dubi Shapiro. 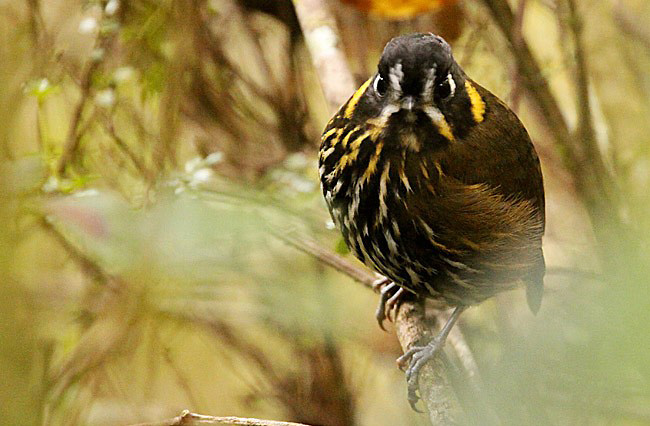 Best Times for Birds and other wildlife in Southern Ecuador

The peak time to look for birds is during January to March because this period usually coincides with the annual rains when resident birds start singing making it easier to find the many skulkers. Be prepared for highly variable weather, from hot and sunny in the lowlands of the southwest to more pleasant Andean slopes and freezing windy conditions in the High Andes at places such as El Cajas National Park where some of the best birding is between 3170 metres and 4350 metres (10,400-14,270ft).

Birds of the High Andes by J Fjeldsa and N Krabbe. Zoological Museum, University of Copenhagen and Apollo Books, 1990.

All Birds Ecuador by Sunbird Images (based on Birds of Northern South America (Helm, 2006), featuring 5000 illustrations and 3000 sound recordings for 1612 species). Available from iTunes store and Google Play.

Accommodation for birders in Southern Ecuador

Be sure to book Jocotoco Foundation’s excellent accommodations with feeders for hummingbirds and other birds at their reserves Buenaventura (Umbrellabird Lodge), Jorupe (Urraca Lodge) and Tapichalaca (Casa Simpson Lodge), as well as Copalinga Lodge, near the Bombuscara entrance to Podocarpus National Park, all well in advance.

Some Organized Tours for birds and other wildlife to Southern Ecuador

Tour companies who are running organized tours to Southern Ecuador include the following. Many of these also offer custom tours.